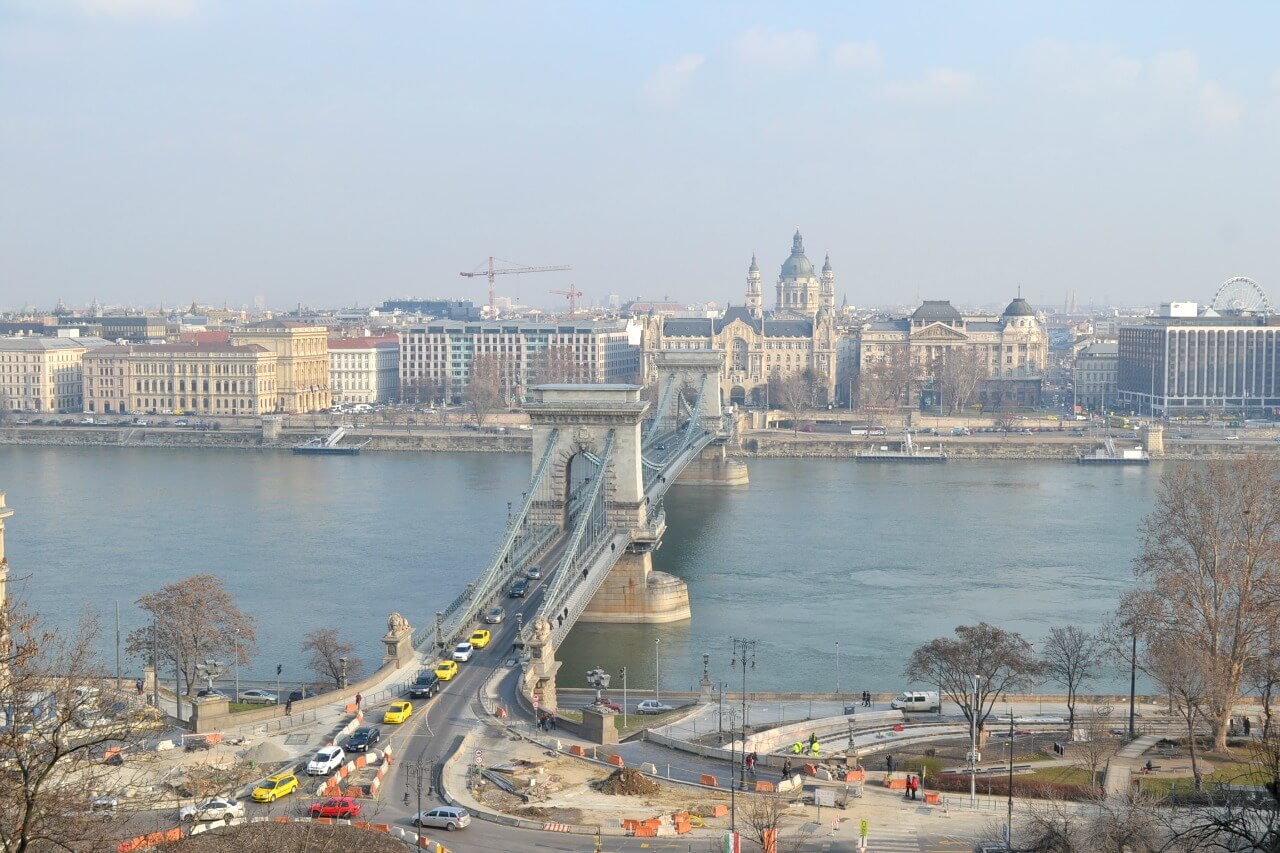 In January I went to Budapest along with my Mother and Sister. We got a fantastic deal on Groupon which covered our flights and hotel all for less than £150. Good old Groupon!

I had never been to Budapest before so I was really keen to see as much of the city as I could in 2 days. Before we went I made a list of all of the things I wanted to see and do and then worked out the best way to fit it all in. Yes I’m that sad!

I thought I would share with you what we got up to in 48 hours. 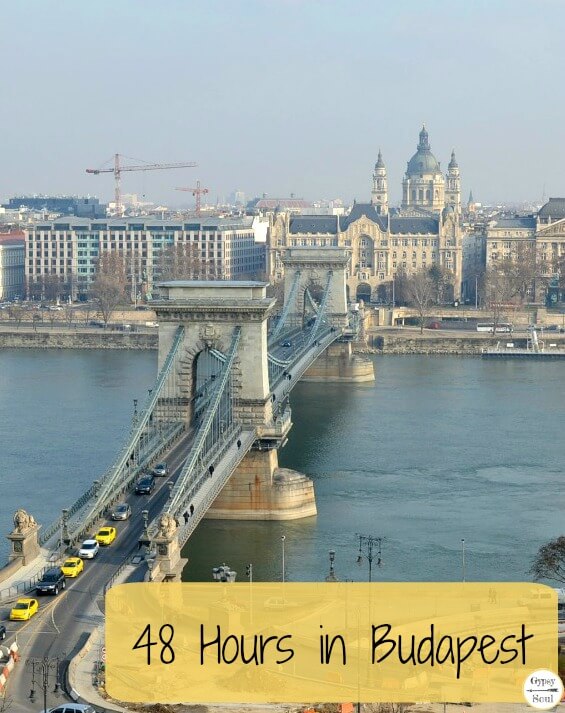 We stayed in the Aquamarina Hotel which is in one of the outer districts of Budapest. It’s a floating hotel on the River Danube.

Before I go any further I think it’s good to let you know that Budapest is split into two different sections, you have the Buda side of the river where you will find many of the iconic buildings. The Pest side is where the majority of the bars, restaurants and shops are found.

Day One in Budapest

On the first day we decided to stick to the Buda side.

The chain bridge is a suspension bridge that links Buda and Pest. You’ll know it when you see it as it has two huge lions, called the Guardian Lions at either end. 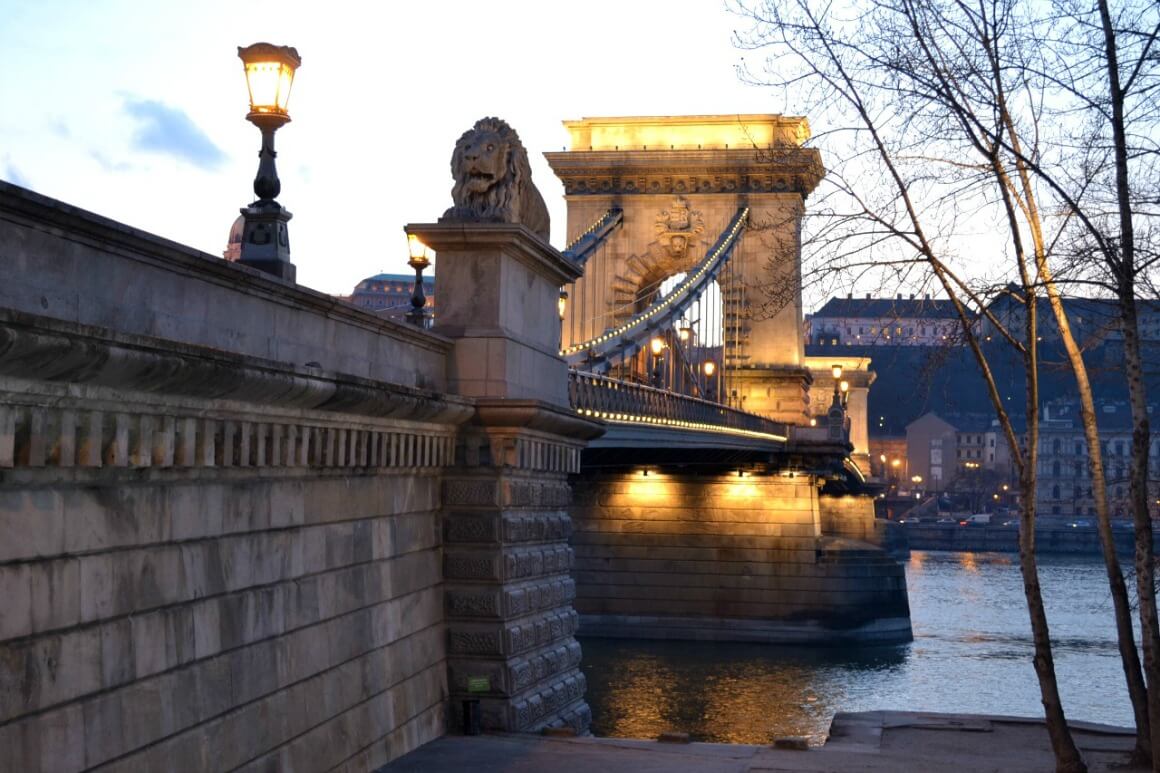 Fun Fact: It was the first permanent bridge over the River Danube in Hungary.

Next stop for us was the Hungarian National Gallery located on top of the hill in the Palace District on the Buda side. To get up there you can either take the Funicular or walk like we did. Tough walk but well worth it! We got in free due to our Budapest Cards that we bought, also well worth buying. 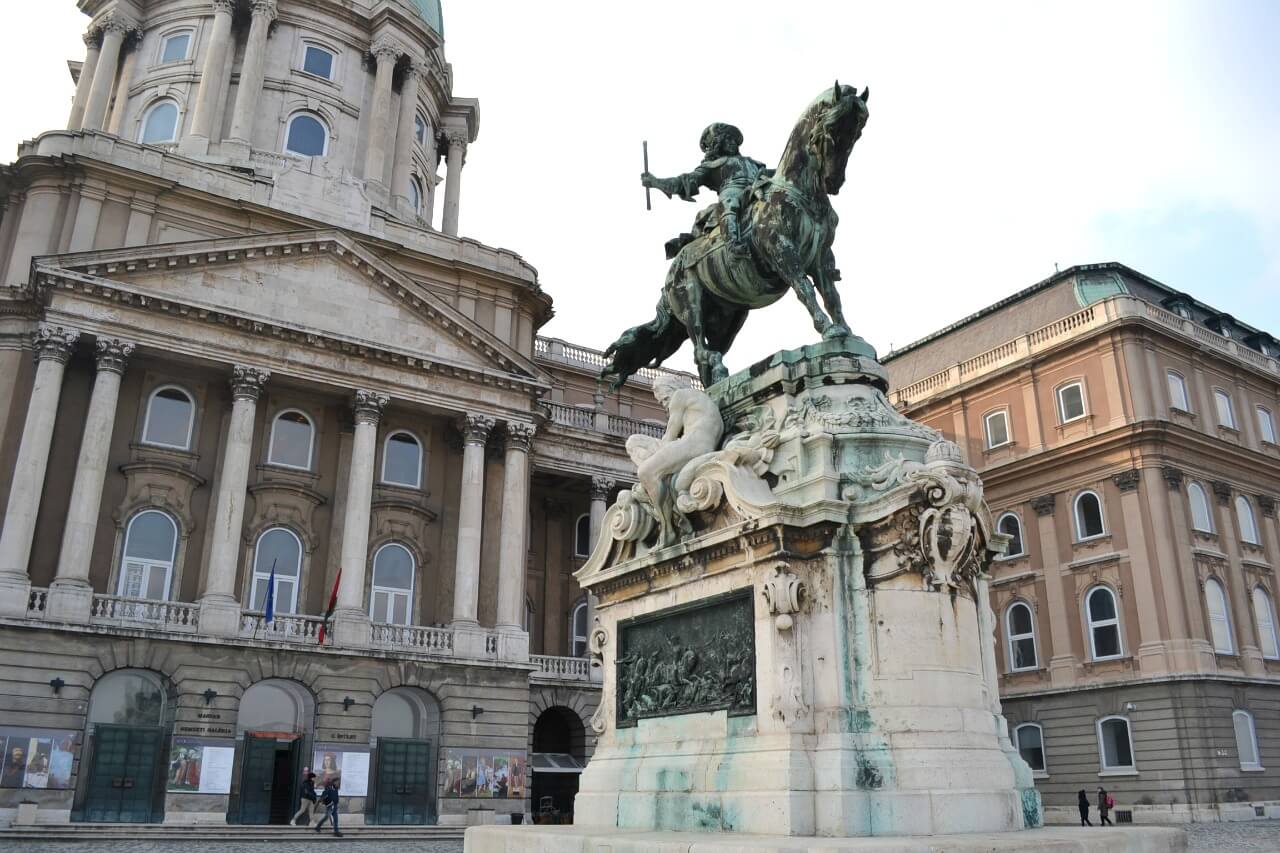 We stopped to have lunch at a little restaurant that we found which I can’t for the life of me remember the name of! Obviously we had Goulash and tried some Panyolai Pálinka which is an incredibly strong brandy! 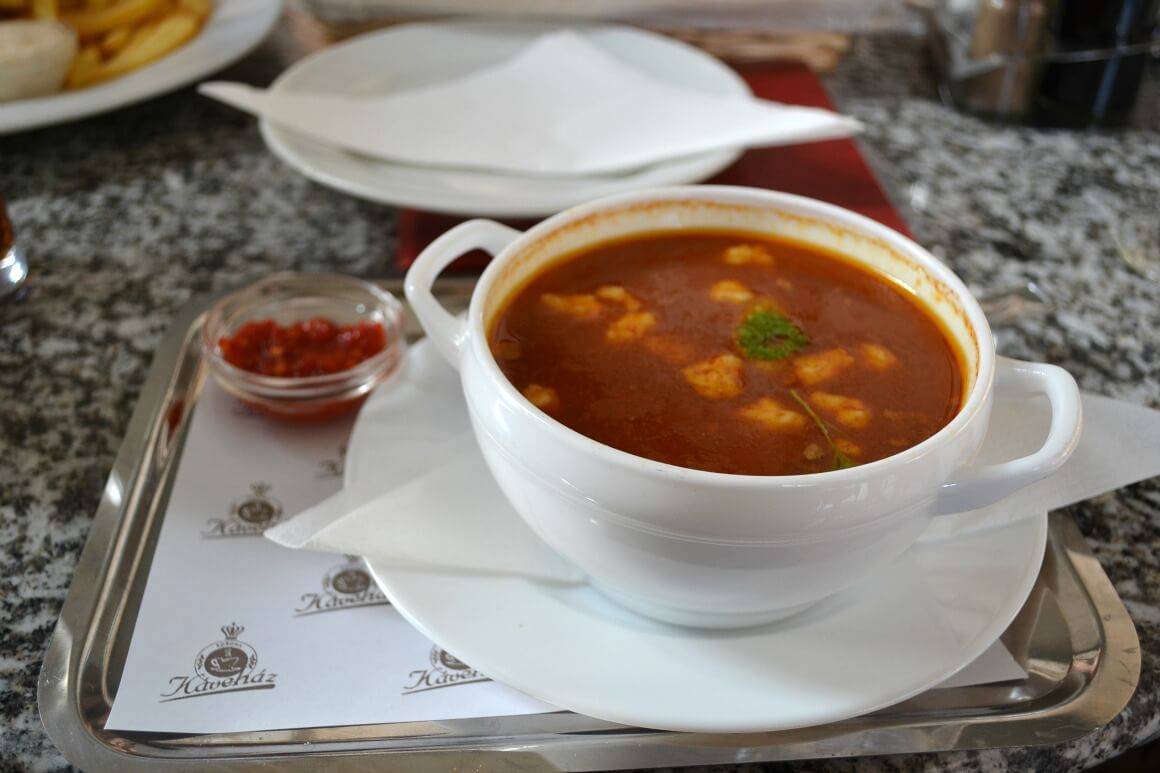 After lunch we headed over to the Buda District and went inside the Matthias Church. Entry wasn’t covered on our Budapest Cards but was totally worth paying extra for. The inside is just as gorgeous as the outside. 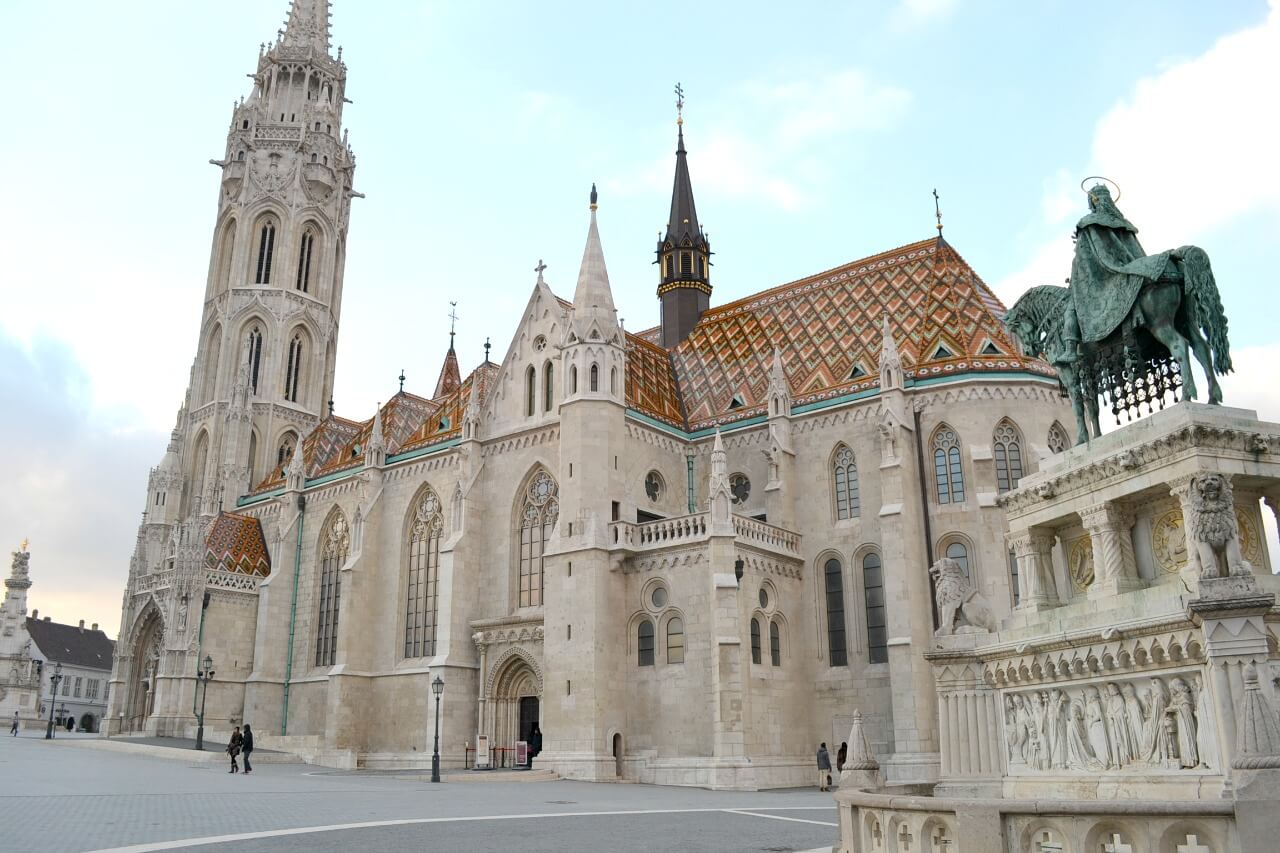 The Fishermans Bastion is another must see whilst in Budapest. 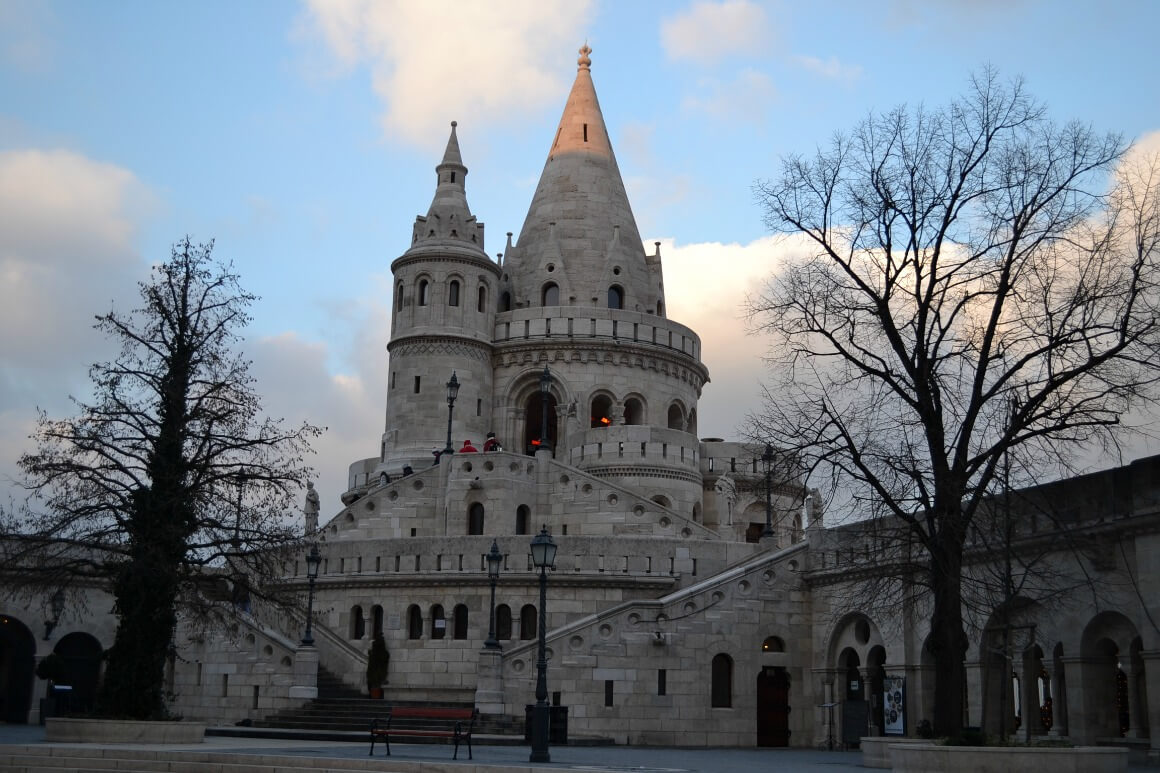 In the evening we opted to go on a candlelit dinner cruise with Legenda. I would highly recommend it! You get to see the city all lit up from the river. 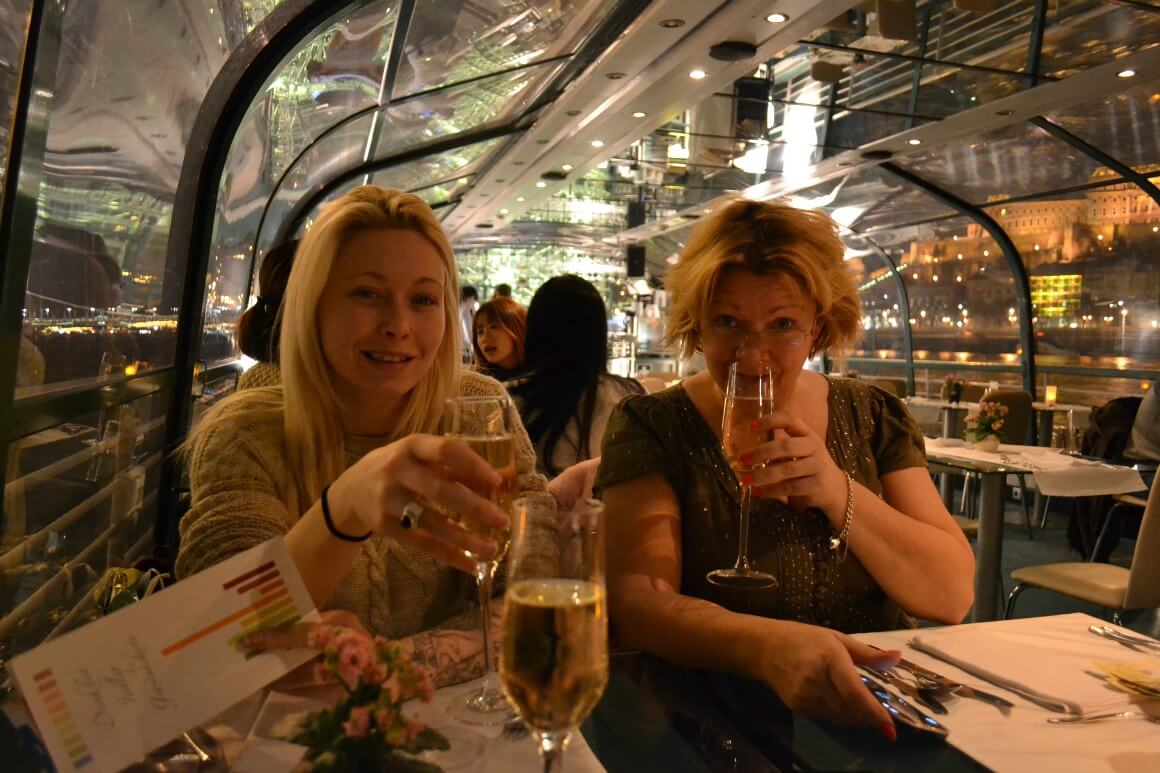 Day two we spent on the Pest side of the river.

Shoes on the Danube Bank

Of all of the tourist spots in Budapest this was the one that I wanted to see the most, mainly due to my Jewish roots. It’s a memorial for the Jewish victims shot into the river by arrow cross militiamen in 1944-45. 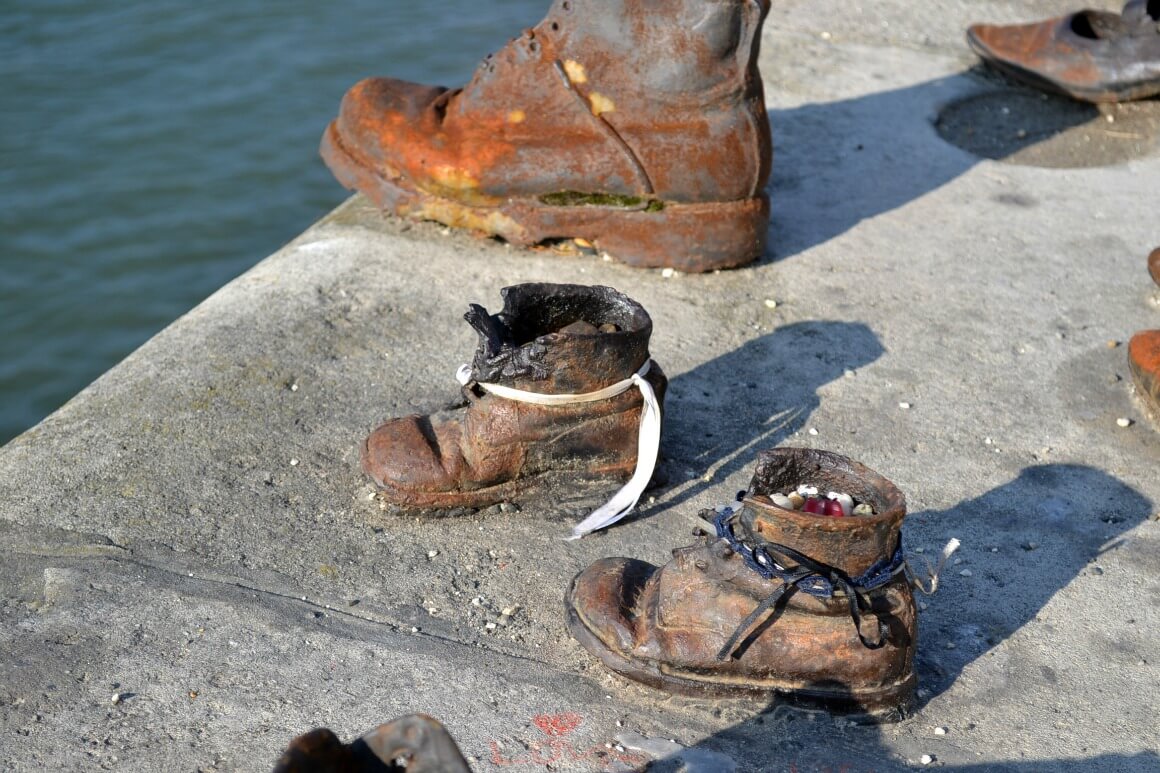 Next stop was the Hungarian Parliament Building which is just behind the shoes. We didn’t get to go inside due to time restraints but it’s pretty impressive just from the outside. 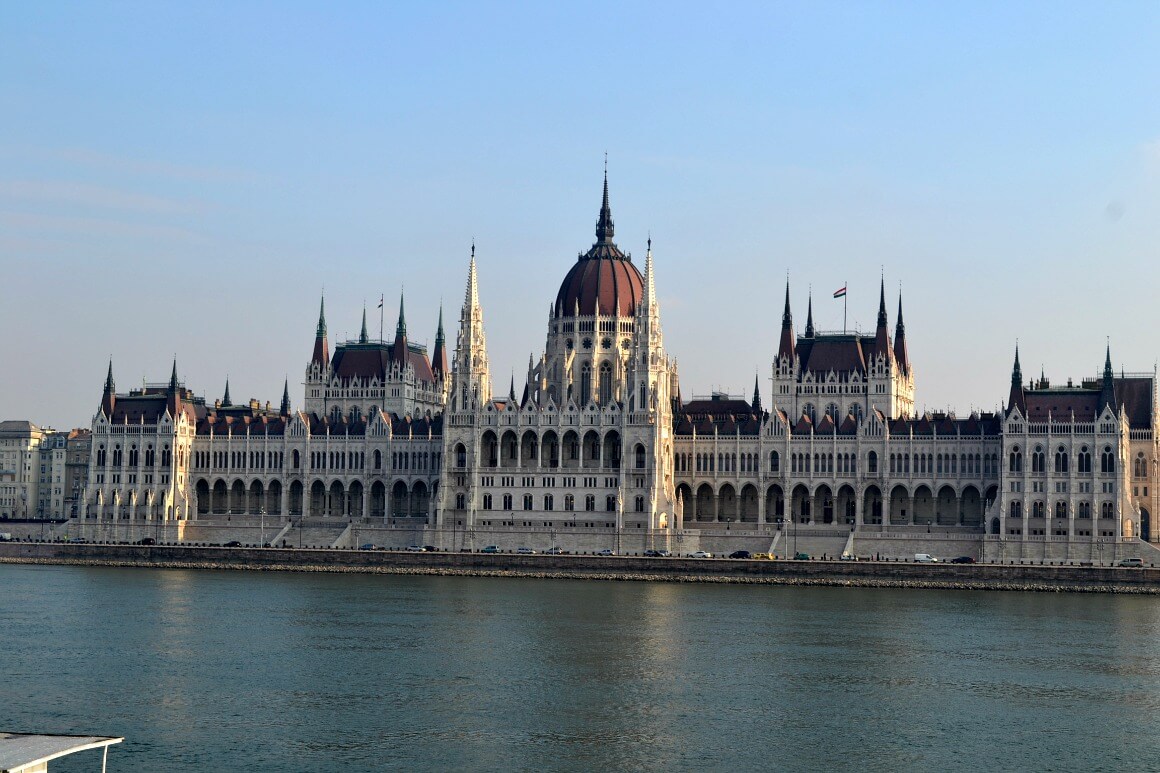 We stopped to have cake & hot wine in Nonloso Caffe & Bar. You’ll find hot wine everywhere you look. The smell is amazing and very hard to resist. 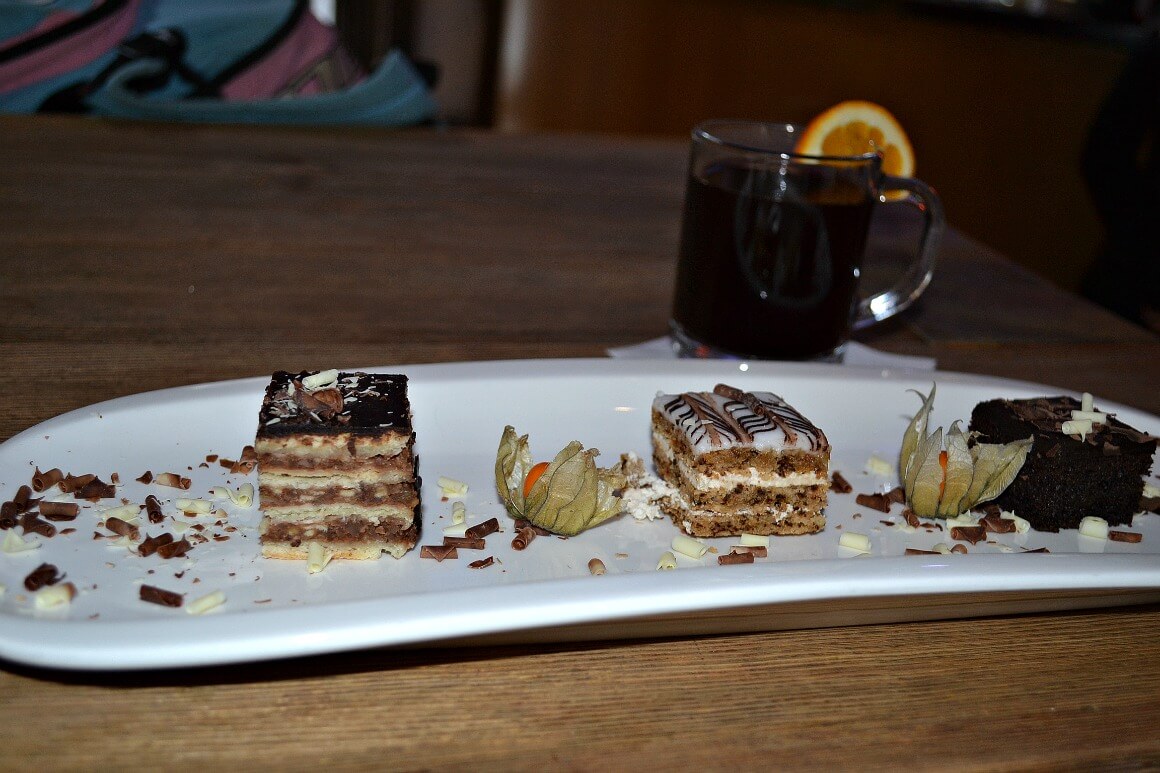 We happened upon St Stephen’s Basilica completely by accident, it wasn’t on my original list. As we came out of the cafe it was right there in front of us! Again we didn’t go inside but if I go back one day I’d would like to. 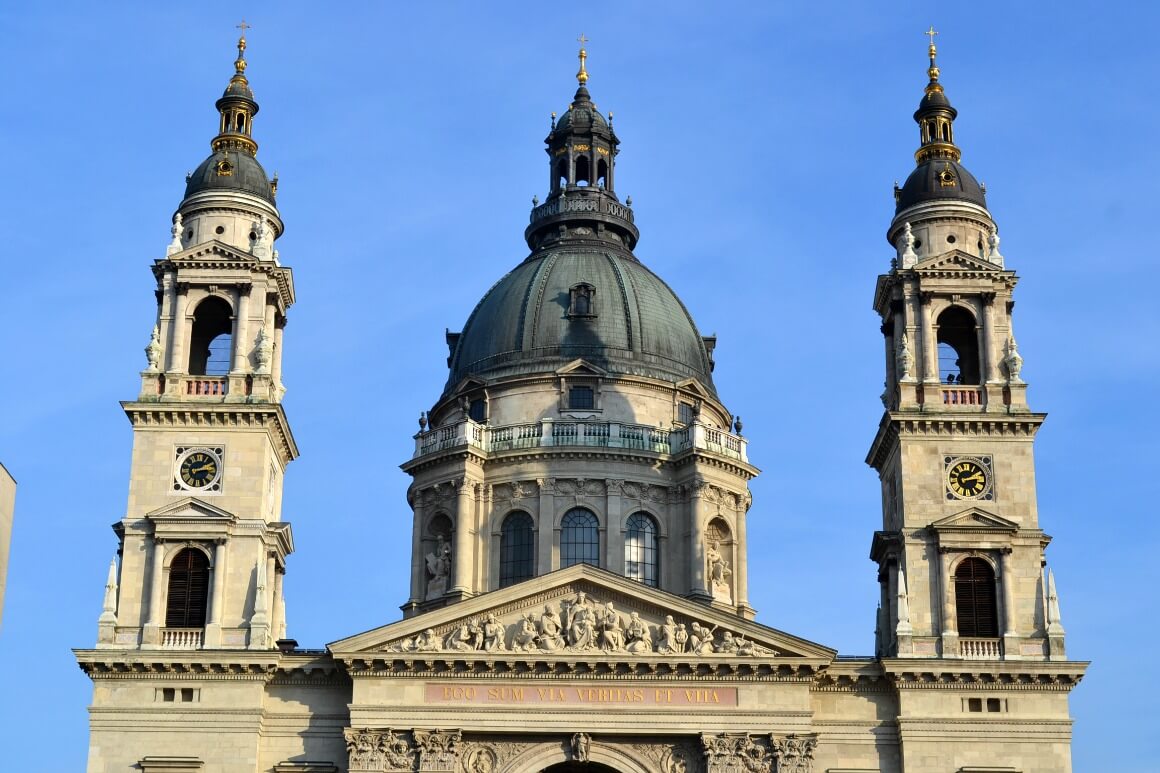 Sticking with Jewish history we headed to the Dohany Street Synagogue.

The holocaust memorial centre is located next door to the Synagogue. I defy anyone to go in there and not cry! 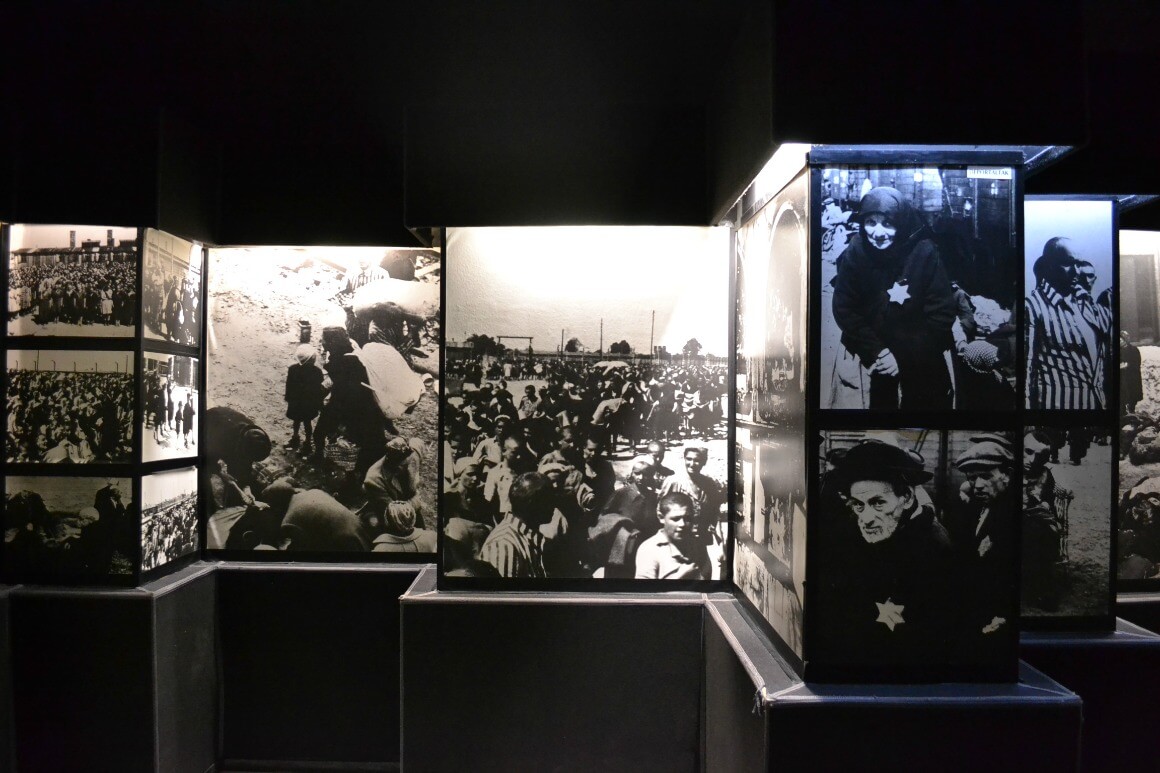 The Emanuel Tree or Weeping Willow Tree is a memorial to all of the Hungarian Jews who lost their lives during the Holocaust. Each name is inscribed on a leaf. 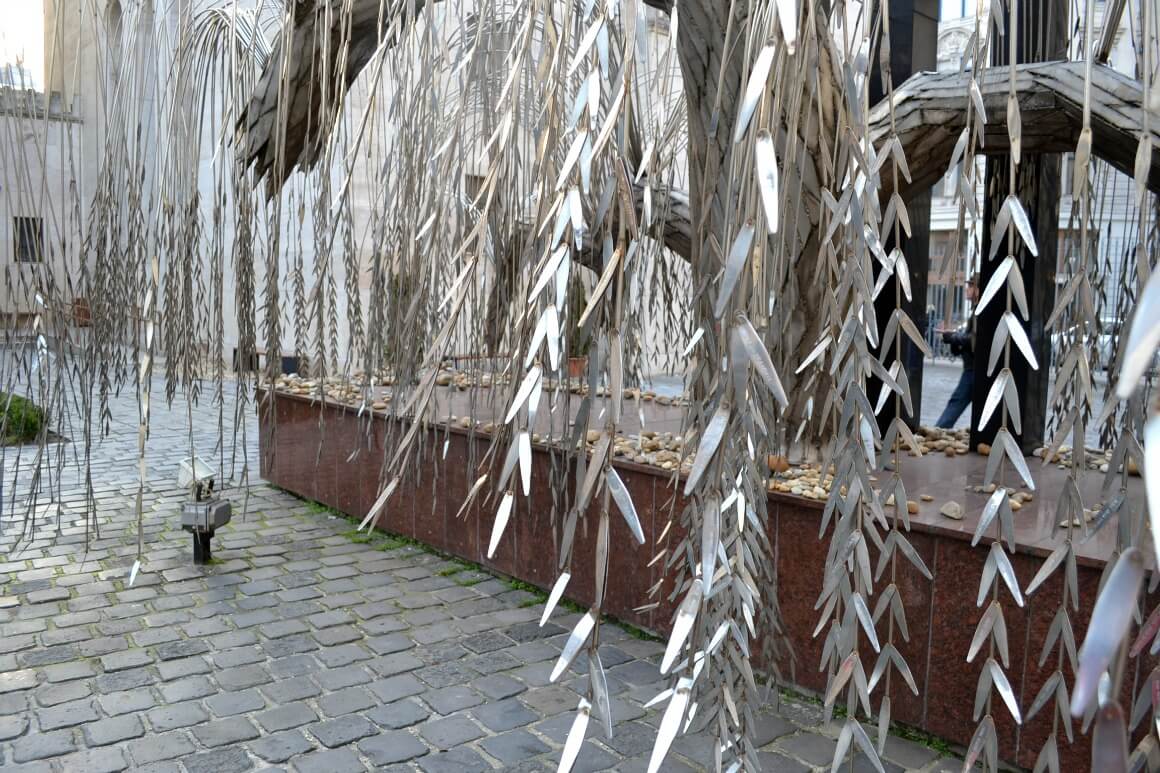 After a long day we finally made it to the Central Market Hall although we didn’t spend long in there as it was closing. 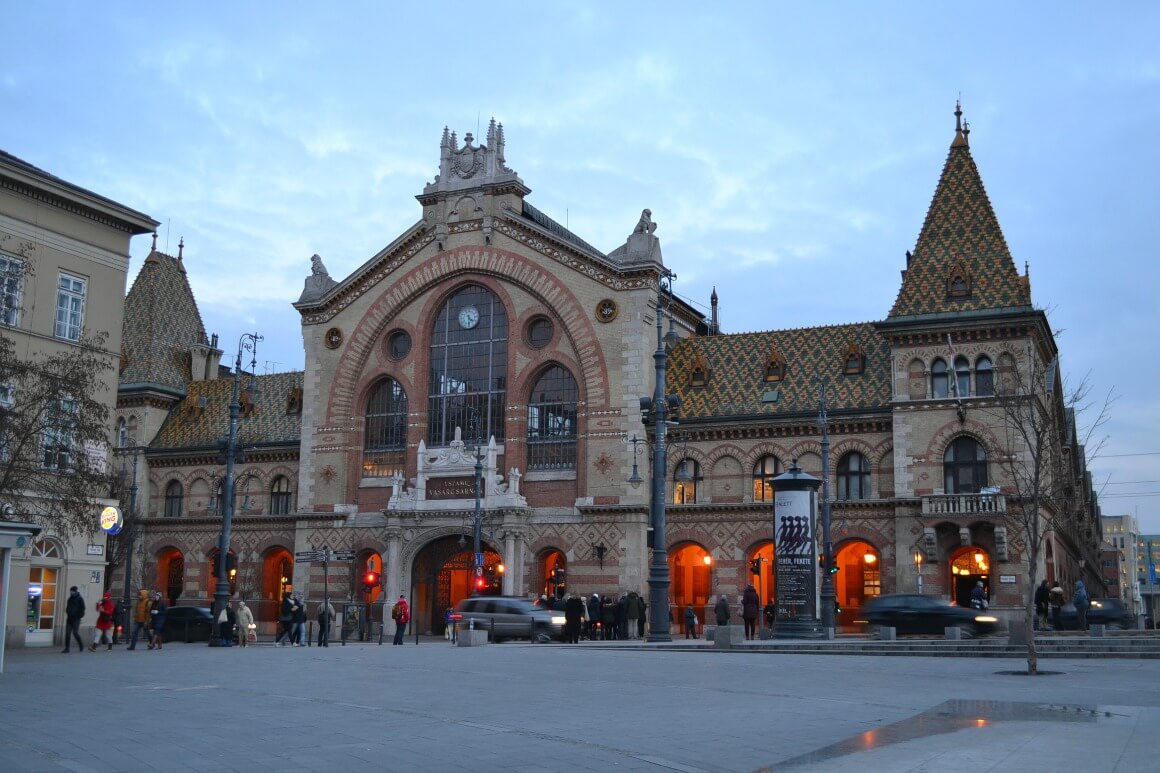 Fun Fact: Central Market is the largest and oldest indoor market in Budapest

We had dinner at a lovely traditional Hungarian restaurant called Fatal Etterem. The food was fantastic and I especially enjoyed my starter of garlic soup which came served in a bowl made of bread. 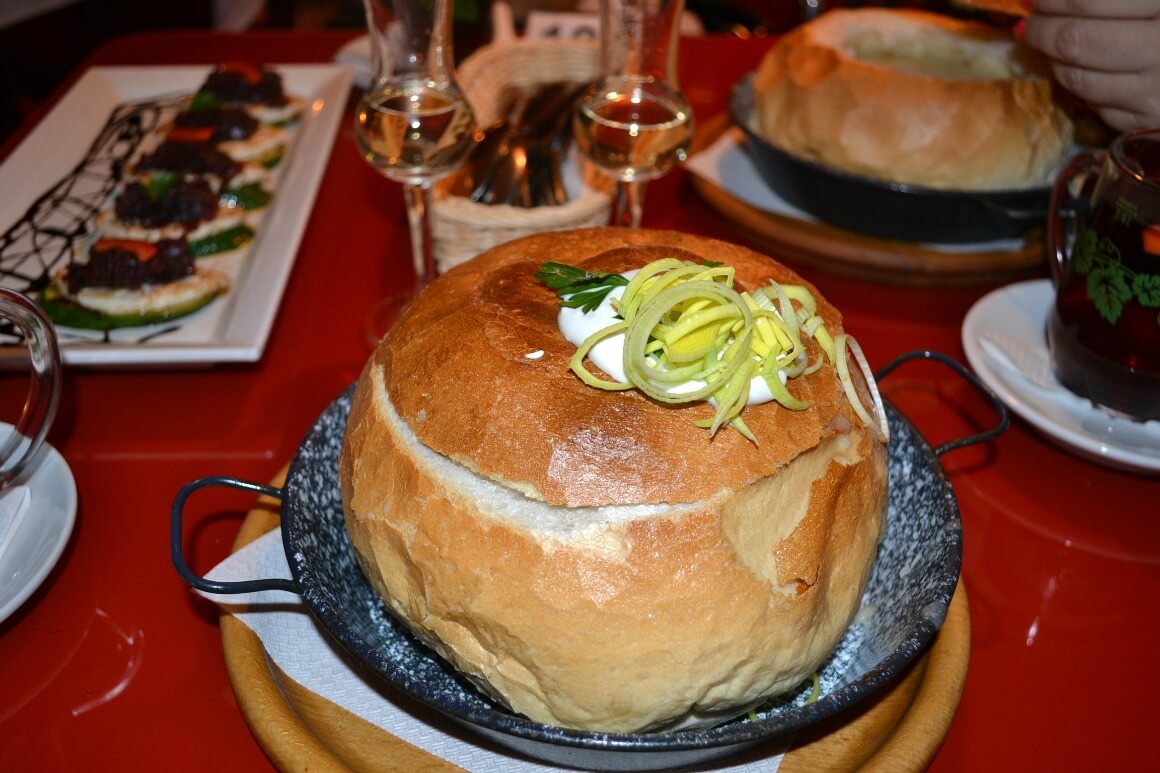 We finished our evening at the Ice Bar, which is not perhaps something that you would expect to do in Budapest but it was a fun experience. 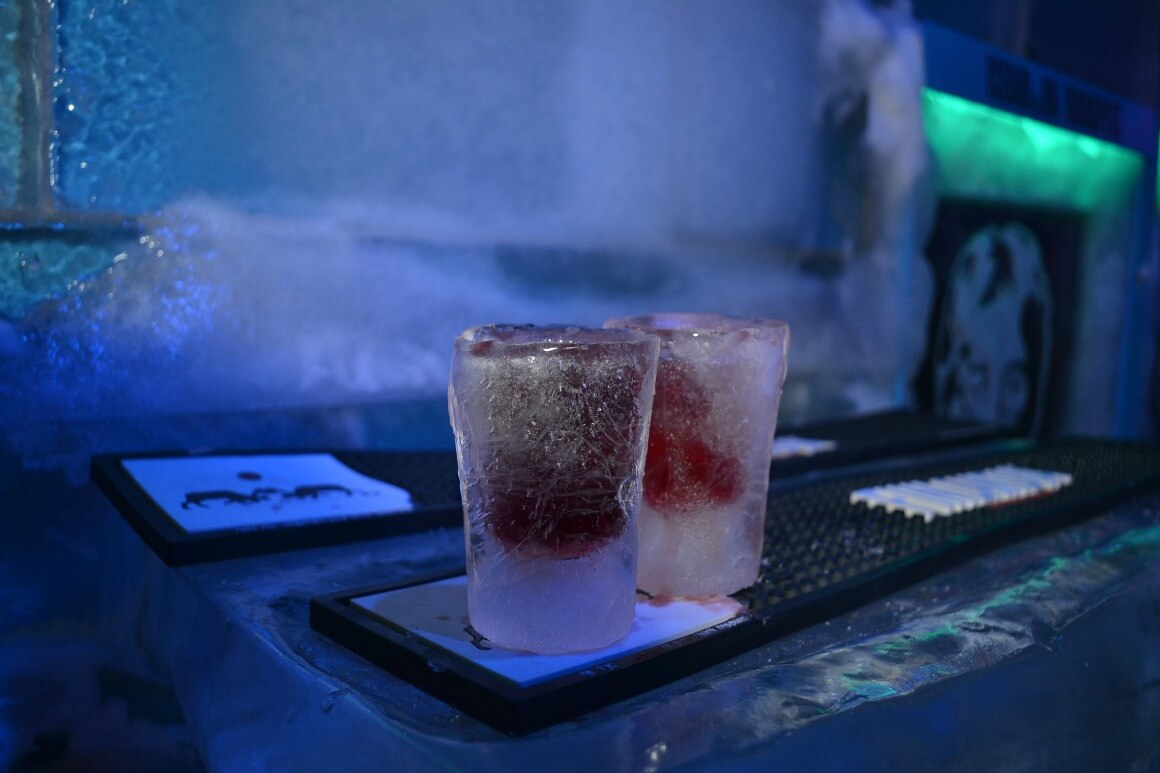 So there you have it, our 48 hours in Budapest. Do you think we could of squeezed much more in?