10 Easy to Grow Fruit and Vegetables 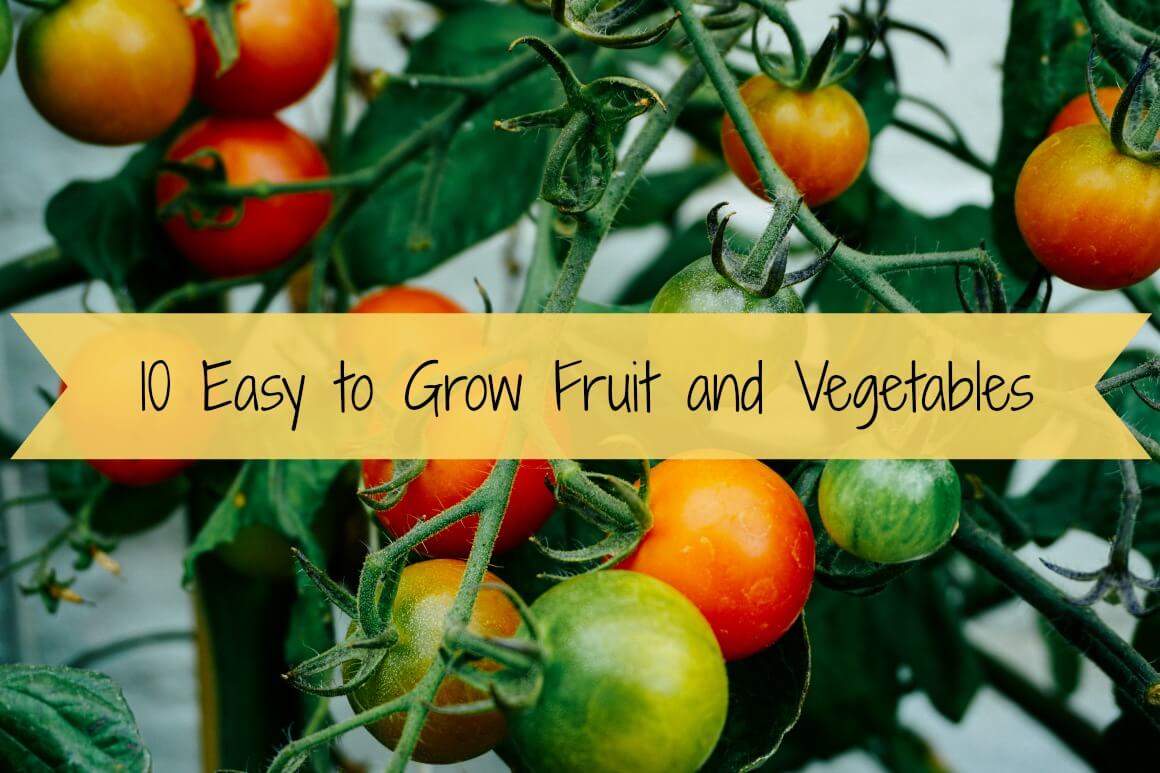 Over the years we have grown a variety of different fruits and vegetables. Some have been easy and others have failed spectacularly.

Today I thought I would share 10 easy to grow fruits and vegetables, perfect for the beginner gardener or growing with kids. Please note though I’m not a professional gardener. The following is our experience of growing. I have included brief descriptions of how to plant and care for the plants.

For more detailed information check out websites such as the Royal Horticultural Society. (Not a sponsored link just a handy website).

I’ve put salad first as for me it’s the easiest thing I have ever grown. You can either grow it from seed or buy salad seedlings. I buy them as seedlings as I don’t have anywhere suitable to grow them from seed.

How To Grow: You plant the seedlings in a large pot or *GroBox and let them grow! You will need to water them if it’s dry but that is it.

When to Plant: Salad is best planted in the cooler months. Spring or Autumn are best. 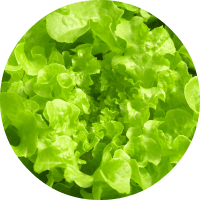 Potatoes are another easy to grow option. There are lots of different varieties so it depends on what you like.

How To Grow: You will need to buy some seed potatoes. You’ll find them in every garden centre. You can either buy earlies or main crops. Early potatoes can be harvested sooner than mains.

I bought a *reusable potato tub to plant mine. It has a flap at the bottom which you can open when your potatoes are ready. They need watering regularly.

When to Plant: Plant in March or April 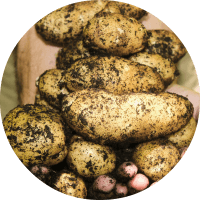 Strawberries are great for beginners as once planted they look after themselves and regrow for at least 3 years.

10 Fruits & Vegetables That Regrow Every Year

Strawberries are happy to grow in most places. For a few years, we grew them in our *hanging baskets. This year I have put them into large pots.

It’s worth noting that if you plant them into the ground they will spread! Once they are grown you may need to put something down to protect the strawberries from the soil. If they lay on the soil they will rot. We use a thin layer of gravel to prevent this happening.

Strawberries are best planted in late Spring or early Summer. They fruit around 60 days after planting. 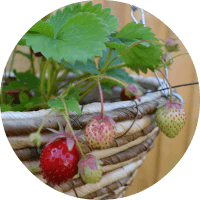 Mint is a very hardy plant and takes care of itself. It also regrows every year so you don’t need to replant.

You can grow it indoors although I’ve never had much luck with that. I always forget to water them!

When the mint has finished flowering you will need to cut the stems back so that it regrows the following year.

It’s easiest to plant a young plant in the Spring. 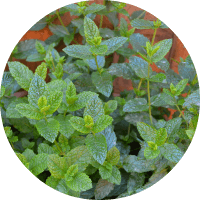 Tomatoes are easy to grow if you provide them with the right environment. I have had varying degrees of success with them myself. In our old house, we had a greenhouse and an automatic watering system.

The tomatoes we grew there were amazing! The plants grew high and produced tonnes of tomatoes. In our current house, we don’t have the luxury of a greenhouse. I’ve never been able to grow tomatoes like those ones since.

I did purchase a pop-up greenhouse last year which I hoped might make a difference. I did get some tomatoes but nowhere near the amount I had before. I’ve since decided that I’m not a great fan of pop up greenhouses as they break very easily.

How to Grow: Tomatoes can be grown in *reusable grow bags or large pots. You will need canes to help support the stalks as they get quite heavy. You might also want to buy some

You can grow them from seed or seedlings. 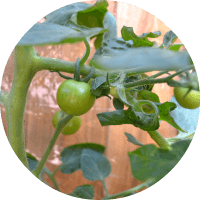 Last year we grew onions at our allotment. Once planted we left them alone and they grew well. They do need regular water, though.

Onions are best grown in the ground as they need a fair bit of space between each bulb. You can grow them either from seed or small bulbs.

We grew them from bulbs. You need to dig small trenches in a row in the ground. Then put the bulbs in with a gap of around 10cm between each bulb. Leave a 30cm gap between each row.

Plant in either the Spring or Autumn. 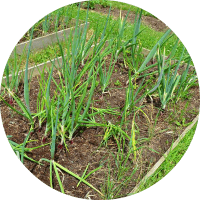 Courgettes can be grown in large pots, grow bags or in the ground, like tomatoes. You will need canes to support the stems. Each plant can produce lots of courgettes. The yellow leaves that the plant produces are also edible. They look great in salads.

My sister in law grew some fantastic courgettes last year in grow bags in her pop-up greenhouse.

Courgette seeds can be sewn into the soil or you can grow from seedlings.

When to Plant: Courgettes are best planted in May. 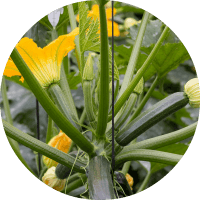 We grew our rhubarb in pop-up pots. I planted the seedling and let it grow. The one I planted last year has also started regrowing this year without me doing anything to it!

Rhubarb can be grown from seed but it’s easier to plant dormant crowns. You can grow it in the ground or in pots. 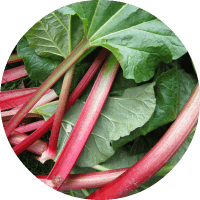 We have only grown green beans twice on our allotment but they were very easy to grow. It’s best to construct a frame over them so they can climb and grow. (See picture).

The kids loved going to the allotment and picking the beans. They’d sit there and much their way through half of them before we could get them home!

There are lots of different types of green beans. We have grown broad beans and french beans. If you get a frost you will need to cover the beans with a fleece blanket to protect them.

When to Plant: Green beans are best planted out in June. 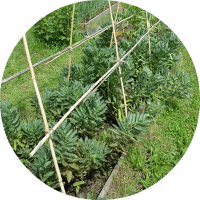 Pumpkins are a fun vegetable to grow with kiddies. They are easy to grow and can get very big!

Pumpkins can be started off in pots or in a greenhouse. They will then need to be planted in the ground with enough space between each plant. Once harvested you can make lots of great foods like pumpkin soup or pumpkin pie. You can even roast the seeds to make a tasty snack.

How to Roast Pumpkin Seeds

When to Plant: Plant the seeds in May or June. 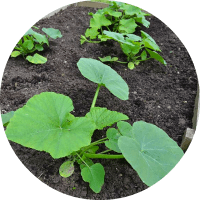 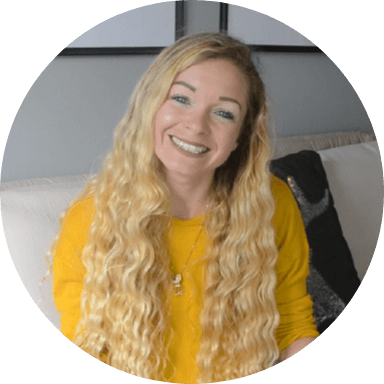 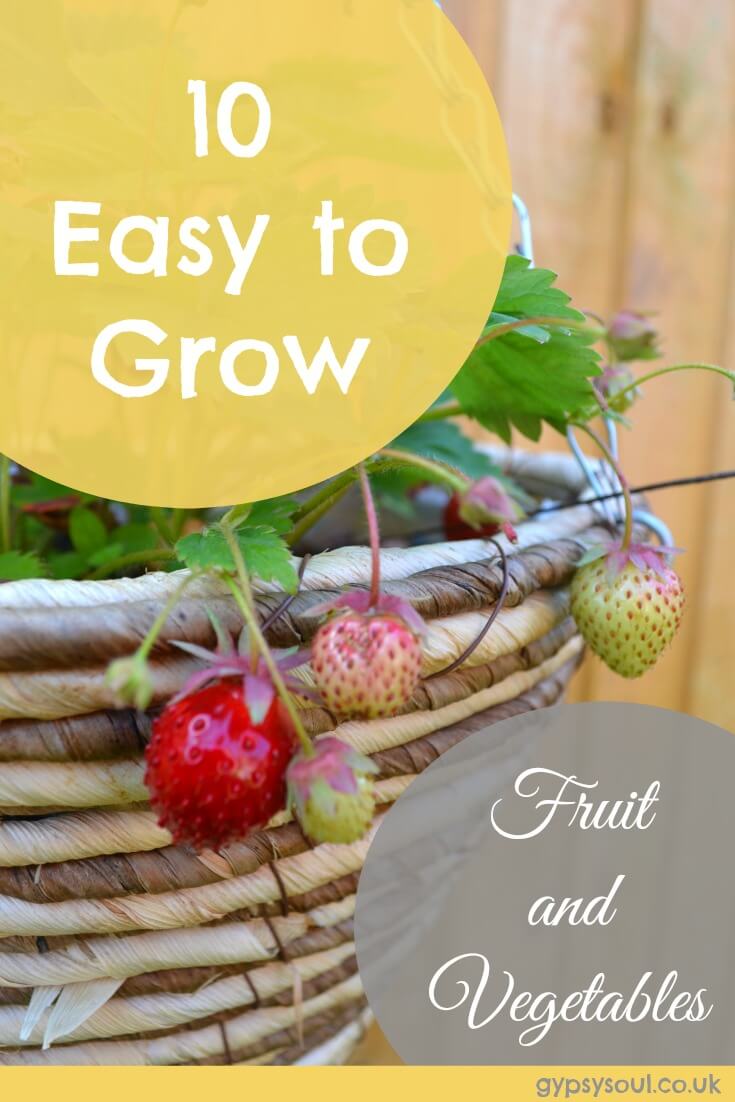