Declutter, Dejunk and Simplify Your Life

In a probably vain attempt to simplify our lives we have decided to declutter the entire house from the garden to the loft. This is no simple task as I have a slight tendency to keep things just in case one day they may prove to be useful.

I’m not saying I’m a hoarder, although the other half begs to differ. I’m just saying that one day I might find a use for that box full of old toilet rolls and the old net from the last trampoline and the millions of empty jam jars in the cupboard! You see my problem? 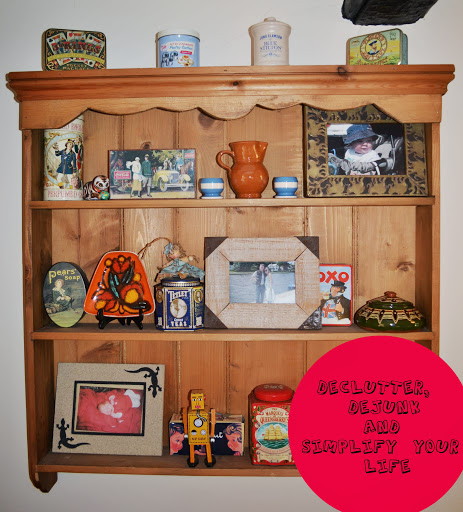 So anyway, in true procrastination style, I have decided to write a list, (I love a good list me) of what needs doing and even if I only do one thing a week, well, then that’s something at least. Here we go…

Clear out the spare room

Unfortunately as this room is only used when we have guest, in between our house visitors it has become the ultimate dumping ground for everything and anything.

I say again because I have done this once before, complete with little labels for each different things like towels, single sheets, double sheets etc. It look great when I had finished however a few months later and it now resembles what I can only imagine an explosion in a laundrette would look like.

Clear and tidy the garden

This one shouldn’t be too hard, just a case of picking up all the rubbish that seems to accumulate out there and disposing of any broken toys etc.  Nice easy one.

A not so easy one. Again the shed has become a dumping ground for all sorts of unwanted treasures, (like broken trampoline nets) and there’s spiders in there, enough said!

Venture into the loft

This, as far as I am concerned, is a man’s job or as my sister in law calls it ‘a blue job’. See last point of spiders. So we’ll leave that one to him!

Do a charity shop run

This involves going round every room in the house and putting anything that hasn’t be played with , worn or has just sat there collecting dust in the last couple of months into a big bag and dropping it off at a local charity shop. Goodbye clutter. Although this is easier said than done because I start to find things that I haven’t seen for ages and think ooo that might come in handy one day and then I’ll put it somewhere for safe keeping and the cycle repeats itself.

There you have it, my declutter and sort my life out list. Right then better get to it I suppose, well that is right after I’ve been on Pinterest, pinning lots of great ideas on how to declutter, dejunk and simplify your life. 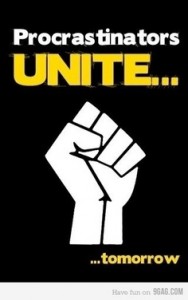 10 thoughts on “Declutter, Dejunk and Simplify Your Life”