I am close to despair! It’s my son, I just don’t know what to do with him. It’s not that he’s particularly naughty or disobedient, he’s just wired!
He starts the minute I open my eyes and doesn’t stop until bedtime. He never stops asking for things whether it be a drink, an apple, a biscuit or to put his TV on and if you happen to be busy at that moment in time and don’t answer him straight away he will just keep repeating the same thing again and again and again.
One time I had to go into a shop and get some bits and rather than get both the kids unstrapped and out of the car, the other half stayed in the car with them. I was in the shop for 20 minutes, (I know this because the other half timed me) and when I came back the poor guy looked like he was ready to kill someone.
Apparently our son had asked for some music on just as I got out of the car, the other half ignored him because he had already told him no. He then proceeded to ask again and again and again for the full 20 minutes without stopping once! 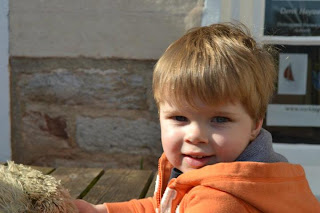 I have tried everything with him from painting to football and nothing seems to hold his attention for longer than about 5 minutes. The only thing that keeps his attention is the bloody TV.
I hate him watching it, when I was growing up we didn’t even have a TV. I use to spend all of my time in the garden, building dens or getting creative with something. It is literally the only thing that works though and if it’s a wet day he will pretty much just watch it all day!
I take them to toddler groups, sure start activities, the park, walks, we feed the ducks, we go to soft play places but nothing seems to do it for him. We will get somewhere and you can guarantee than within 5 minutes he’ll start whining that he wants to go home or somewhere else.
I have tried sending him out into the garden with his new ball and all he does is go out there and throw the ball over the garden gate, which then proceeds to rolls down to the bottom of the village (our village is on a hill and we live on the top!) So now I don’t let him do that.
He won’t even play with toys, he has cars, trains, puzzles, a kitchen, colouring bits, dressing up clothes, you name it we’ve got it but he’s just not interested. 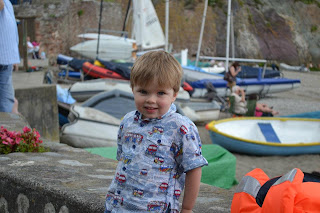 I just feel that if we could channel some of his energy into one thing that he enjoyed then it might just make life a bit more bearable for both of us. My daughter is just so easy in comparison, she is so happy to just be with you and yes she follows me around all day like a little puppy but she does her own thing.
She’s quite happy to sit and do some colouring as long as she can see where you are. She can stay in all day and amuse herself, just give her a cuddle every so often and she’s fine.
I don’t know, maybe it’s just a boy thing. I just feel so guilty for letting him watch TV all the time. I’m hoping that as he gets older he will find something that he’s into, a sport perhaps, just anything would be a start.
So what do you reckon, is this just normal behaviour for a three and a half year old? Is it just a phase that will pass? Or should I just give up now?