Over the last month we have been taking part in the MoneySuperMarkets Energy Saving Challenge.

‘Two great ways to bring your bills down are to reduce your energy usage and switch energy provider. But which gives the best overall benefit? We wanted to find out the potential savings and how to achieve them.”

To join in with the challenge we have been monitoring our energy usage over the course of a month using these handy monitors that were sent to us from Efergy. 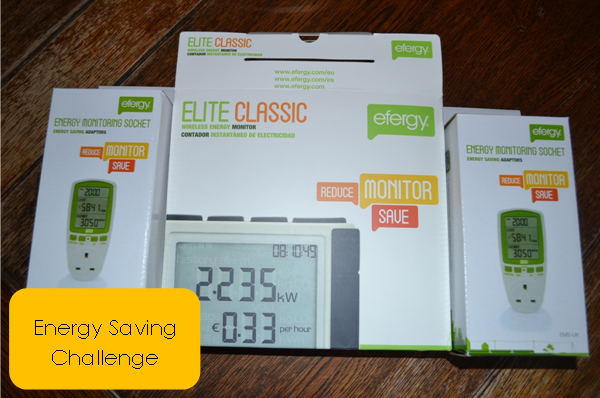 I’ve really enjoyed taking part in this challenge as it has made us all aware of how much we are spending. We’ve spent most of the month with our eyes glued to the monitors watching them go up and down and frantically running around the house turning every off! We even got our picture in the Sunday Times… 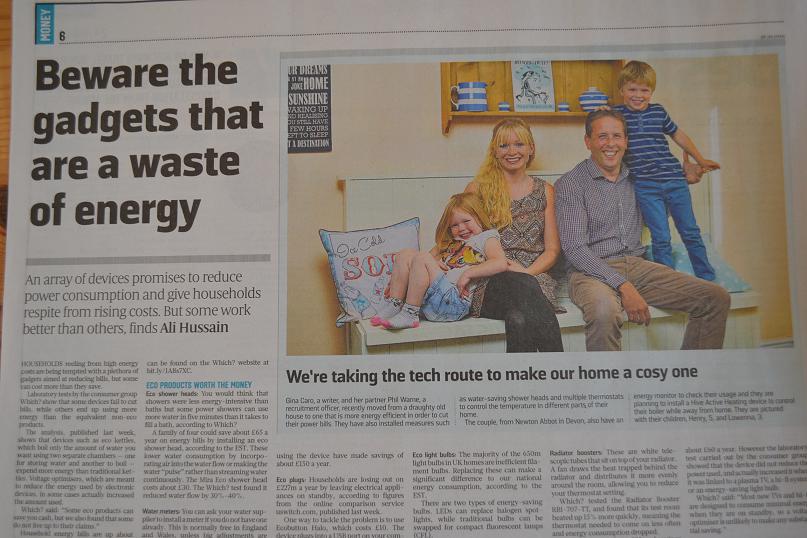 The main thing that I have learnt is that as a household we spend £88 per year on electricity just by having everything on standby!

Now that the month is over I have just used the MoneySuperMarket’s energy comparison tool and I’ve found out that we could save £71 per year by switching suppliers.

but we could save £88 per year if we started turning everything off at the plug instead of leaving it on standby.

‘After one month, we’ll invite the participants to compare how much money they’ve saved by:

– being more aware of the cost of boiling their kettle, watching TV and using a laptop, versus
– the money they could save by switching energy supplier.’

So in conclusion for us personally we could save more money per year by being more aware of our energy usage than we could by switching suppliers.

I would just like to point out at this point that we only moved house 6 months ago so we recently changed suppliers when we moved which is probably why our results for the challenge are this way round. I would imagine that someone that has lived in their house for quite a while, with the same supplier would get very different results. 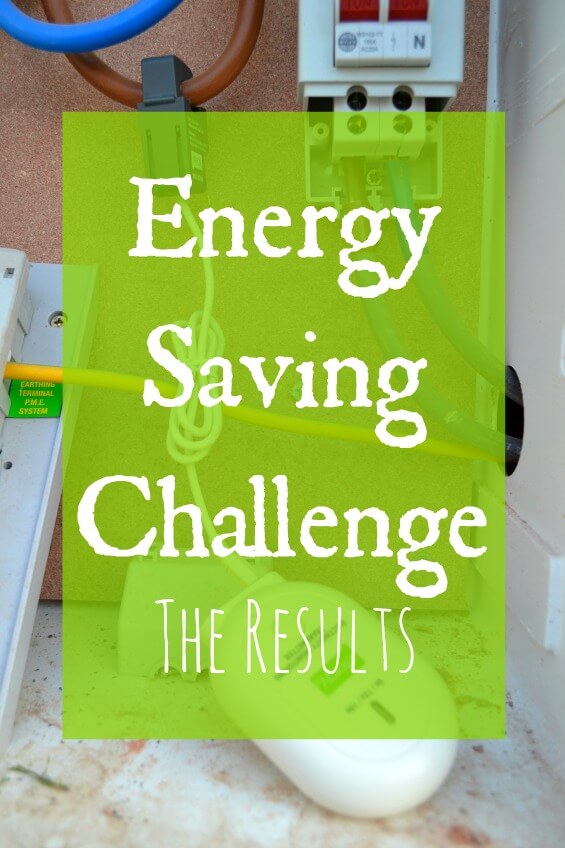