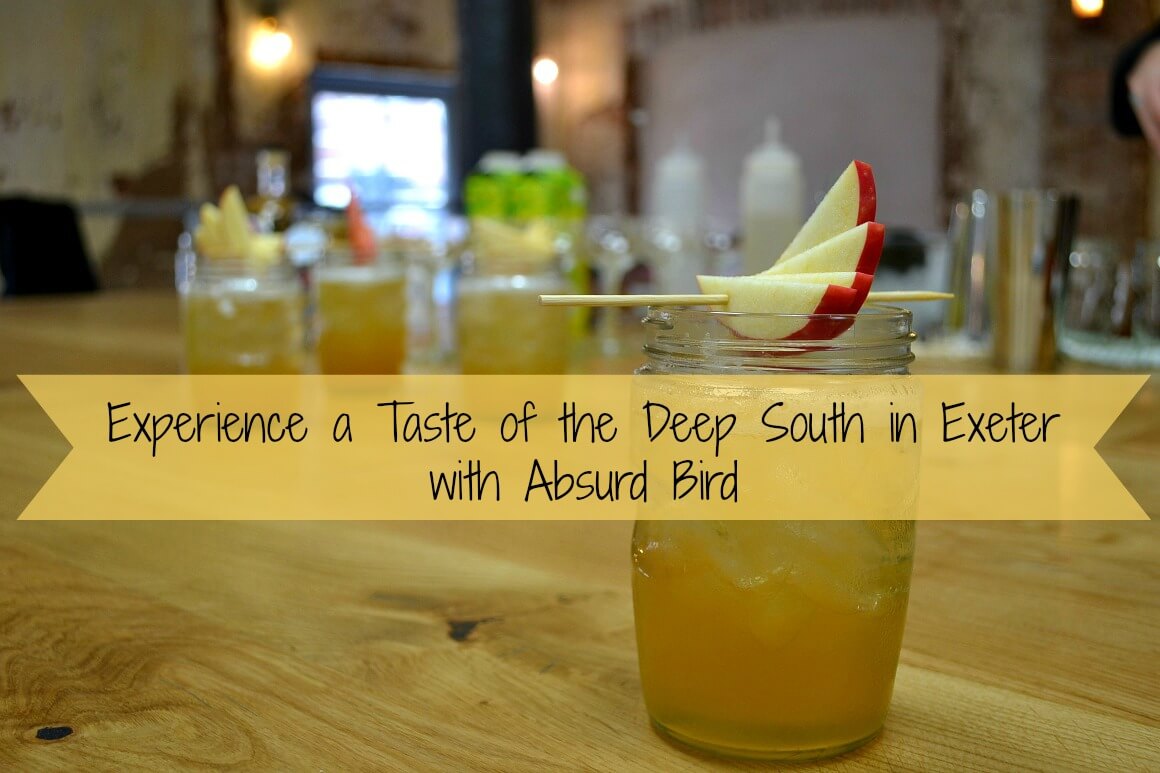 My obsession with the Deep South is ever growing mainly due to shows like The Originals and True Blood. Yes I may be a little bit addicted to vampires but who doesn’t love a bad boy with fangs, right?

Forget New York or Los Angeles, If I ever go back to America the Deep South is where I would be heading.

What is Deep South Food?

Deep South food is traditional dishes from the subregion in the Southern United States, think Georgia, Alabama & Louisiana. I got my first ever taste of ‘real’ deep south food in Brighton of all places. The term they used was soul food which I believe describes it perfectly. Traditional dishes include food like fried chicken, jambalaya, macaroni cheese &  baked sweet potato fritters. Obviously this list isn’t exhaustive but you get the idea.

Who are Absurd Bird? 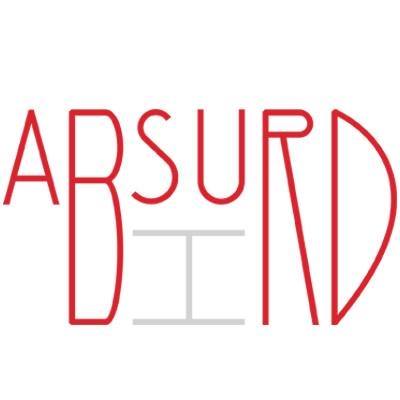 Absurd Bird first opened in Soho, London and after much success they have decided to expand by opening a new restaurant in the South West. They choose Exeter because as Mark Hill, the Group Operations Director said, it’s a vibrant city which is constantly growing and thriving.

A few weeks ago myself and some other Devon bloggers were invited along to experience what they had to offer. The event was held at the Exeter Cookery School.

We started the evening with cocktails made from Absurd Bird’s very own moonshine. They were very tasty! 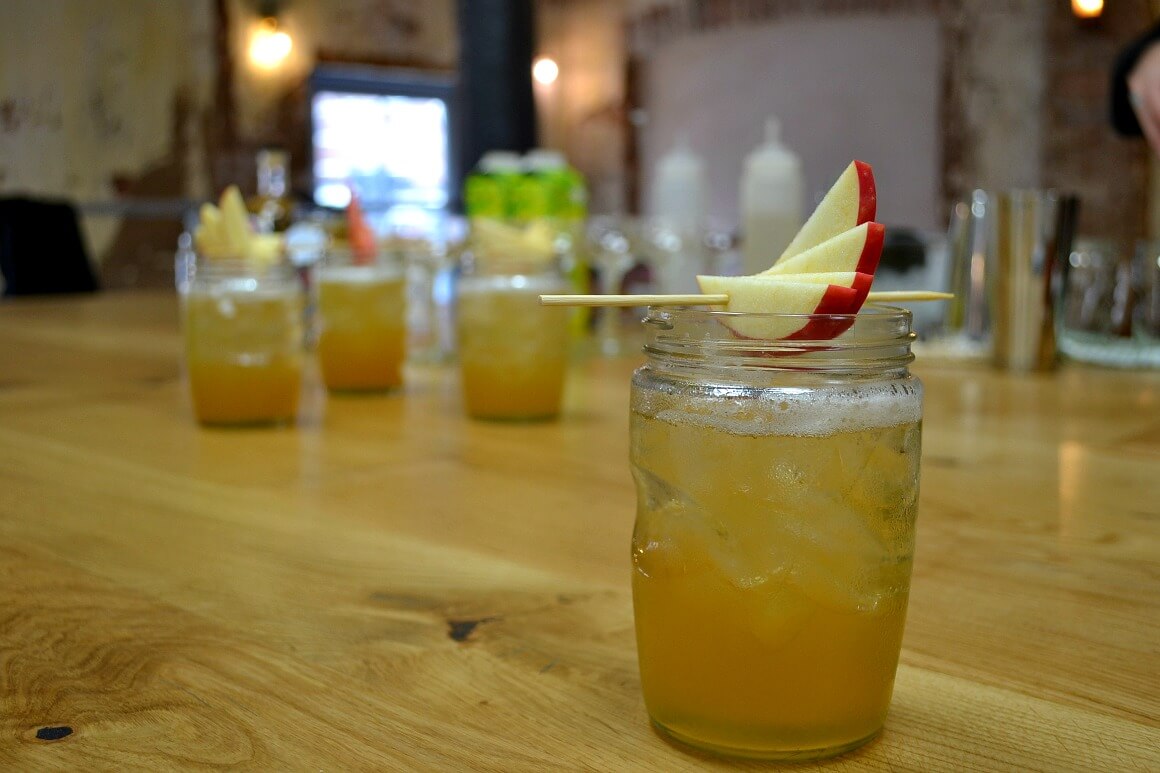 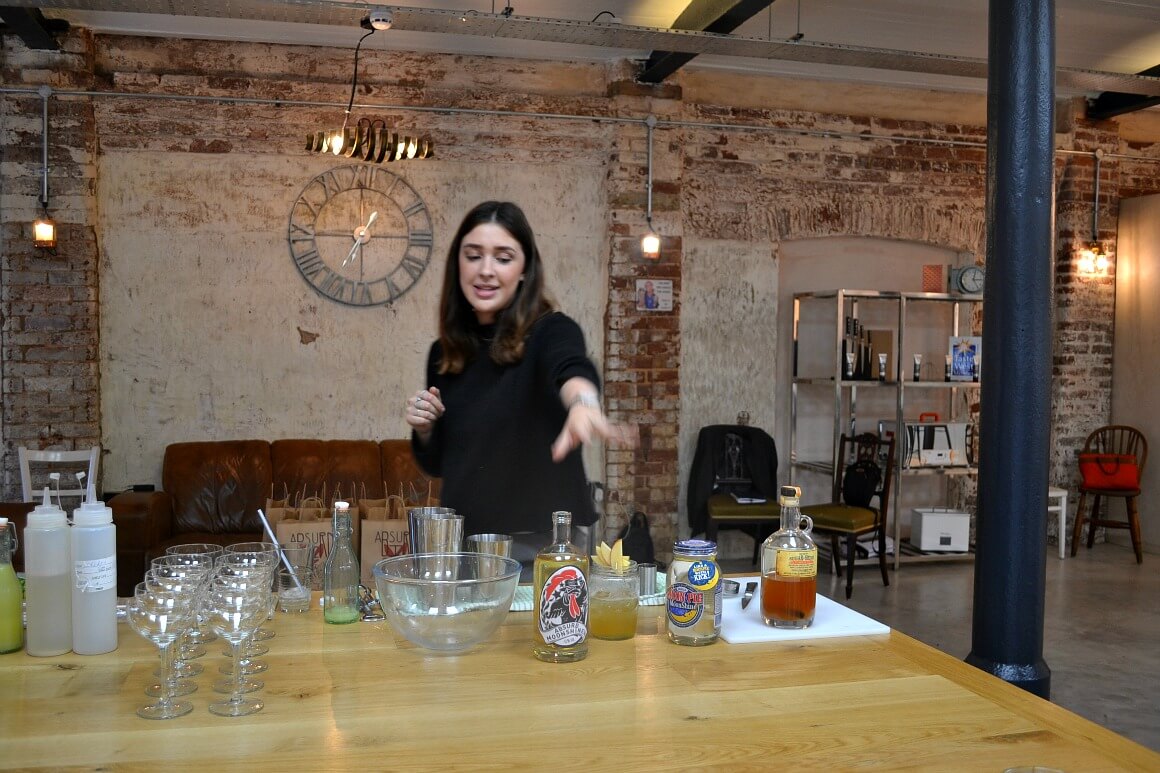 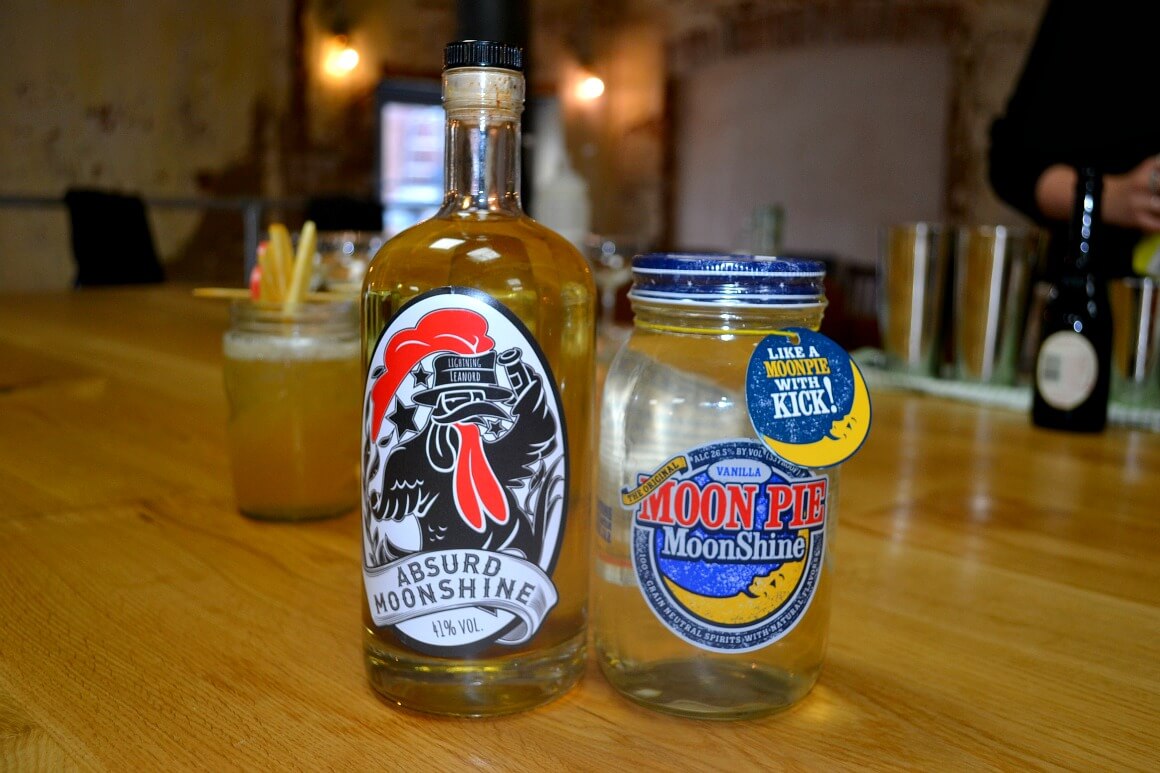 After a cocktail or three we then focused on the food. Andrew Hazel, the Head of Food ops, took us through a selection of dishes they serve. It was very clear that Absurd Bird are proud of their food. Dishes on their menu include quinoa and mango salad, corn bread pudding, chicken and waffles and peanut butter cheesecake. 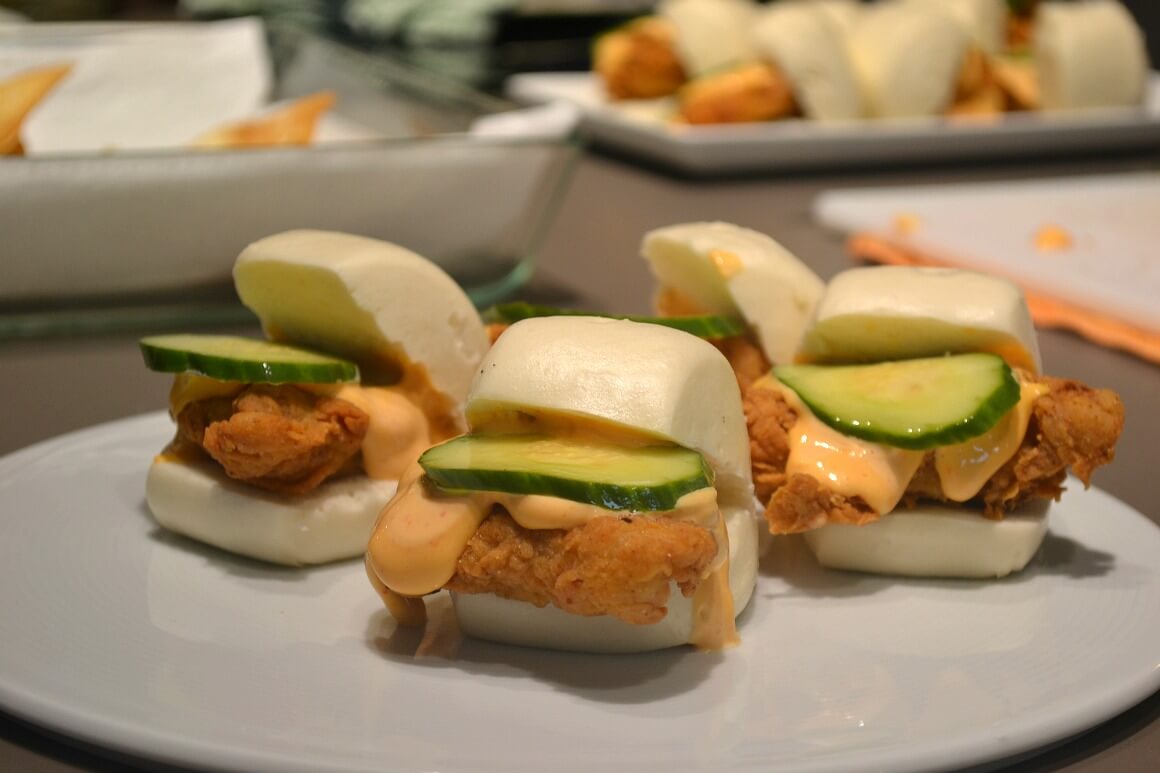 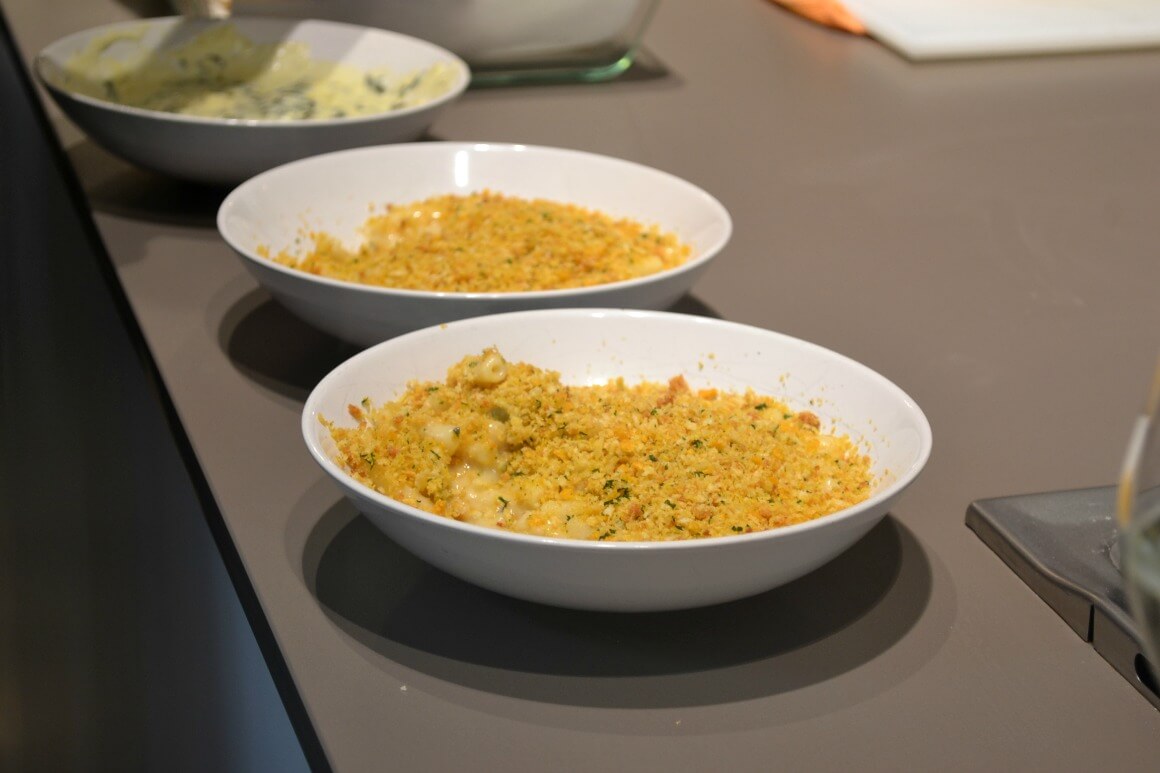 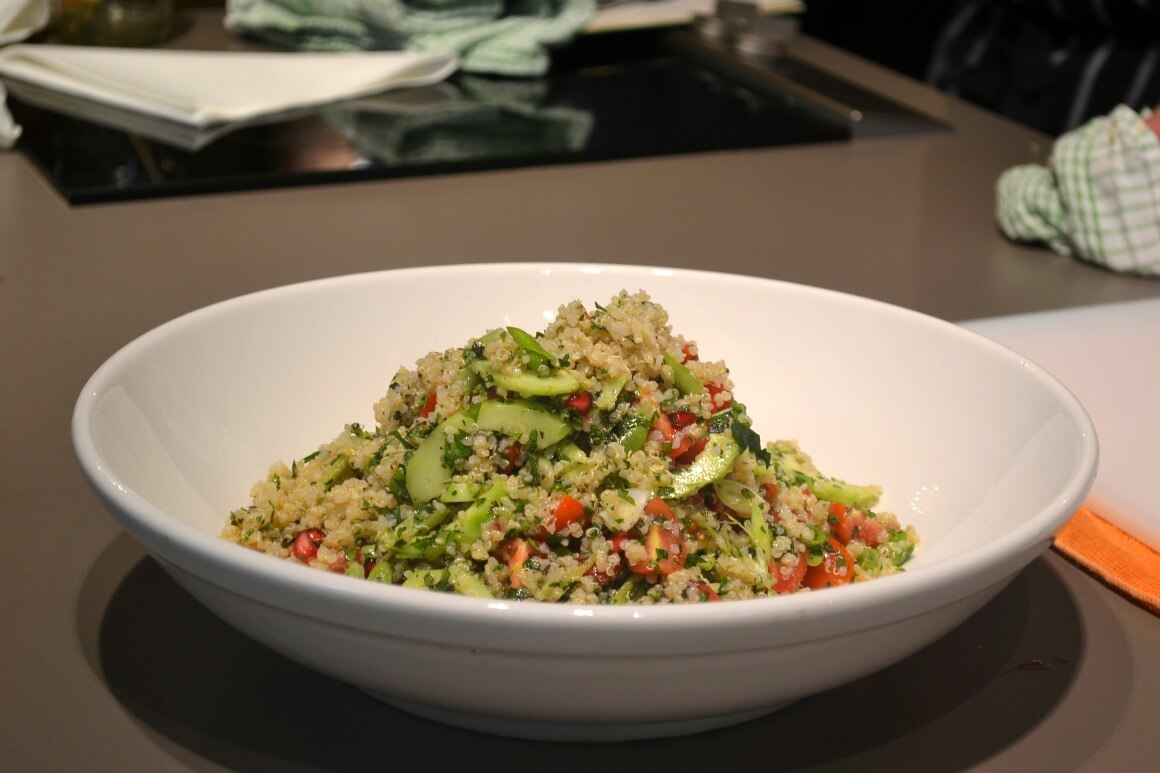 Four Birds and a Spatchcock

After sampling the food we were tasked with getting into groups and making our own dishes. In our team were two other Devon bloggers, Stephanie from Exploring Exeter and Clio from Diary of a Devon Mum. We named ourselves 4 birds and a spatchcock which won us ‘best name’ however for the food we weren’t so fortunate. 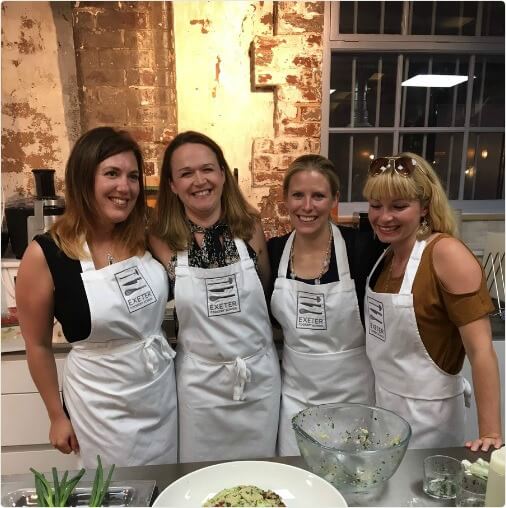 The new Absurd Bird in Exeter will be opening in the Guildhall Shopping Centre. Personally I’m looking forward to going along with friends.