I am slowly doing up every room in the house and my focus recently has been on our son’s bedroom. I went with a pirate theme and as per usual I tried to do it by spending the least amount of money possible. To pay for the new room I sold all of the old furniture that was in it so it was essentially just a swap. 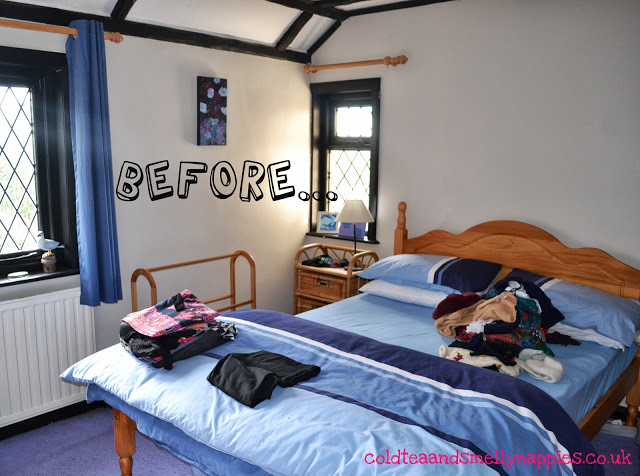 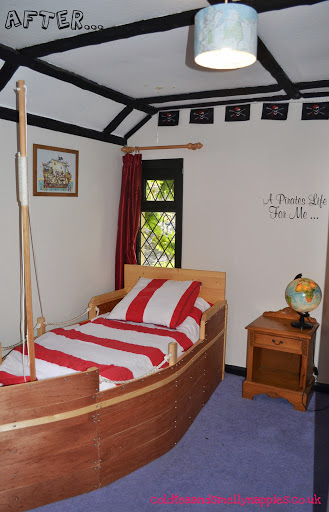 I desperately wanted to get him a boat bed but the cheapest that we could find was £185 which was way more than I was prepared to pay for a bed that he would grow out of so we had to come up with an alternative. The solution was for the the other half to make him a bed, which he did. Isn’t he clever… 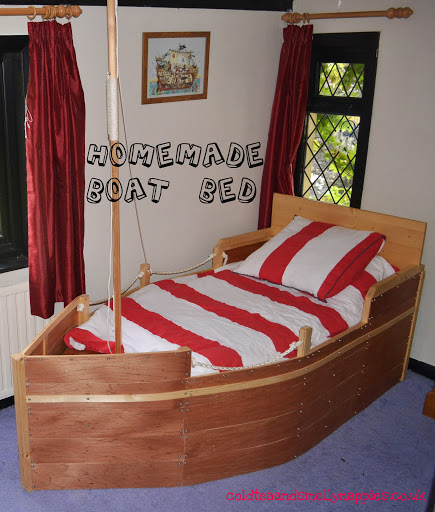 I spent ages looking for the right bed linen to fit the theme and was starting to get really frustrated that I couldn’t find anything and then I found it on La Redoute. It cost me £13.

After the success in our daughters room with the wall sticker quote I thought I’d do the same in H’s room. It’s a really easy and cheap way to decorate a wall and it doesn’t leave any marks when removed. This one cost me £6 on Ebay. 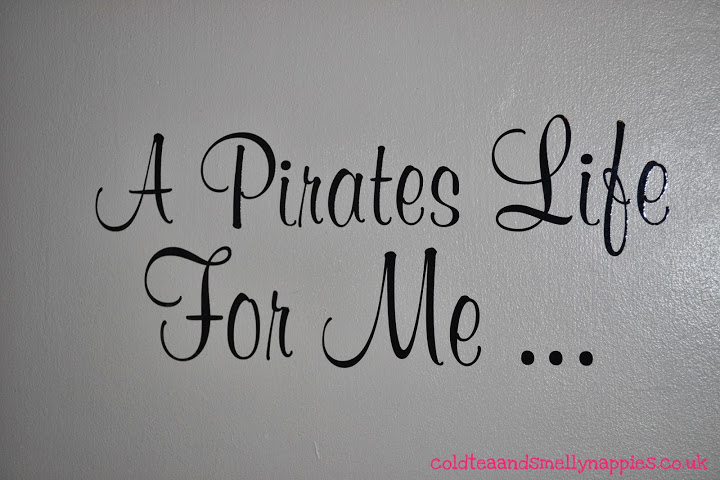 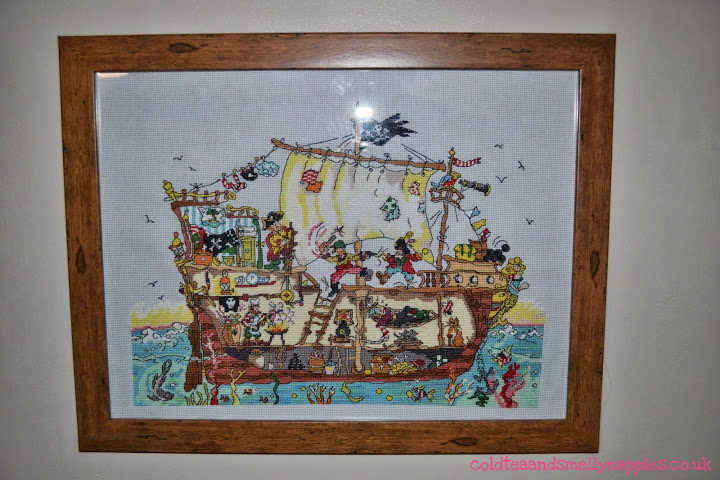 Ideally I wanted to cover the back wall with vintage map wallpaper but it was going to cost far too much money and my wallpapering skills are not the best. So instead I bought a giant wall map from WHSmith with some leftover birthday vouchers that I had and put that on the wall. It cost me £4.99. 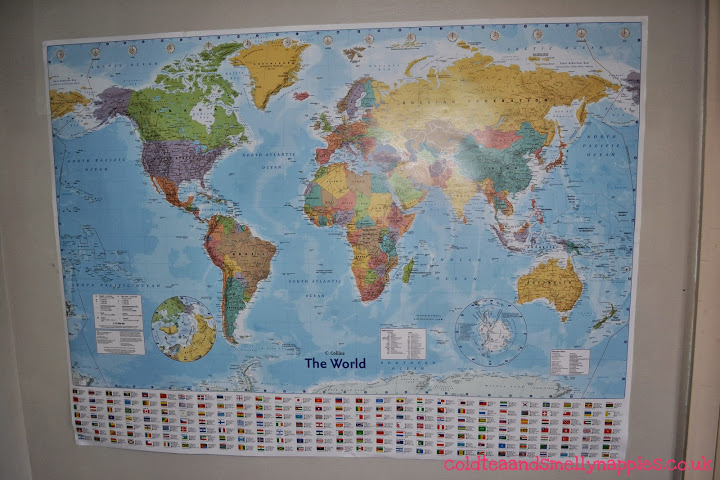 This chest was my father’s that he used to take to boarding school. The other half worked his magic on it to make it into a perfect treasure chest for all of Henry’s worldly treasures which mainly consists of toy trains and the odd random thing that he has found on his travels. 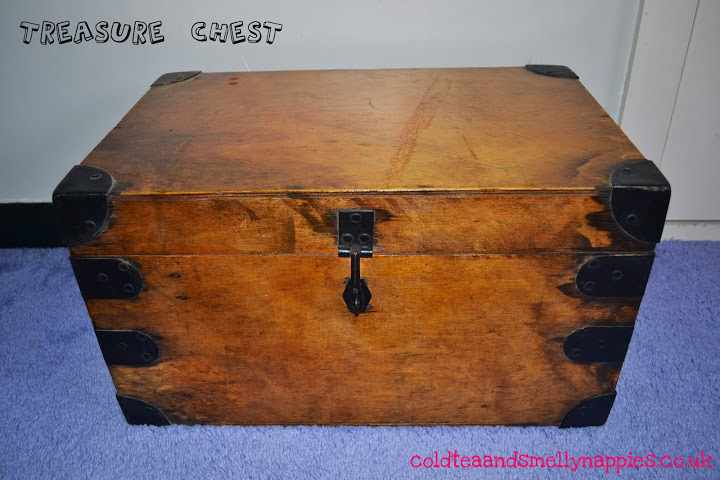 My mother gave this globe lamp to Henry and I think it finishes off the room nicely. She found it in a local charity shop. 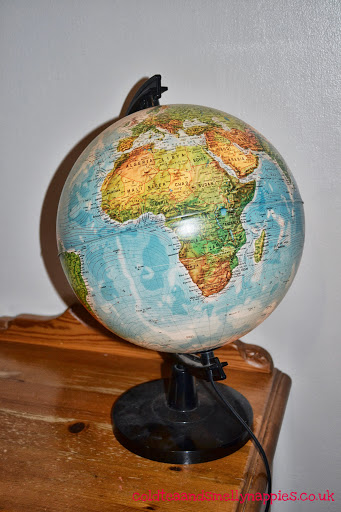 The red curtains were ones we had in our old living room that I kept as they may come in handy one day and they did. The pirate bunting I found in a charity shop. For the lampshade I got an old map we had and covered over Henry’s old digger lampshade with it. So there you have it a thrifty pirate bedroom. 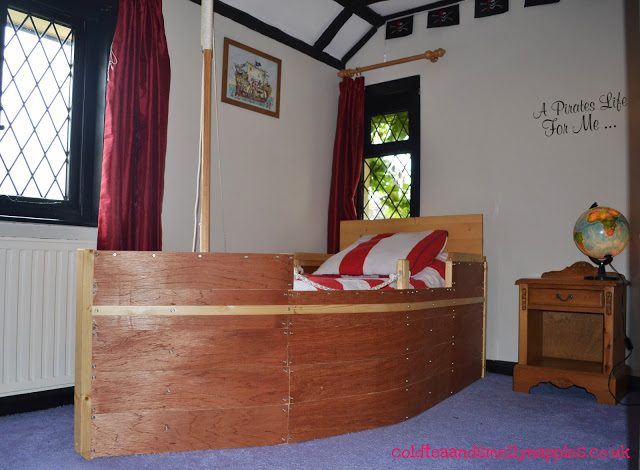 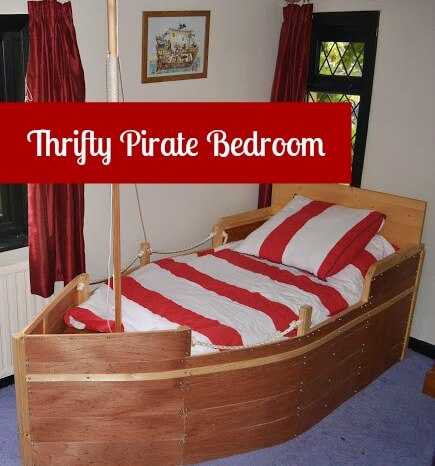